Just added to your cart

A pet food company has expanded its voluntary recall of several dry food products after more than 70 dogs died and 80 others became ill, possibly from ingesting fatal levels of a toxin that is produced by mold, the Food and Drug Administration said.

The company, Midwestern Pet Foods Inc. of Evansville, Ind., first issued a voluntary recall in late December after tests of certain products showed that aflatoxin, which is produced by mold, exceeded acceptable levels, the F.D.A. said.

At that time, the F.D.A. was alerted to reports that at least 28 dogs had died and eight others had become ill after consuming the recalled pet food.

The expanded recall, which the company announced on Monday, includes additional dry and cat food products made with corn that expire on or before July 9, 2022.

The F.D.A. said in a statement that it was “issuing this advisory to notify the public about the potentially fatal levels of aflatoxins in Midwestern Pet Food products that may still be on store shelves, online or in pet owners’ homes.” 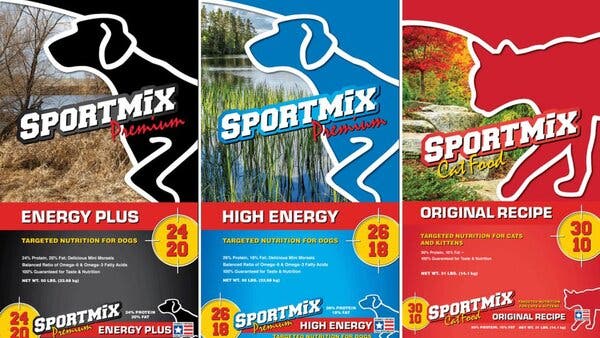 Retailers were instructed not to sell or donate the recalled products and to contact customers who had purchased the products, if possible.

“As a fourth-generation family-owned company, Midwestern Pet Foods has been committed to ensuring that our products are safe and nutritious for nearly 100 years,” the company said in a statement. “Until recently, throughout our long history, we’ve never had a product recall.”

The company said it was expanding the recall “out of an abundance of caution.” The F.D.A. said its investigation was ongoing and that not all of the suspected cases of aflatoxin poisoning had been confirmed through laboratory testing.

Aflatoxin is produced by the mold Aspergillus flavus, which can grow on corn and grains that are used as ingredients in pet food, the F.D.A. said. At high levels, the toxin can cause pets to become ill or die, or cause liver damage without symptoms, the department said. The toxin, it said, can still be present even if there is no visible mold.

Signs of aflatoxin poisoning in a pet could include sluggishness, a loss of appetite, vomiting, jaundice or diarrhea, the F.D.A. said.

While no illness have been reported in humans or cats, and there is no evidence that pet owners who handle food with aflatoxin are at risk of poisoning, the F.D.A. suggested that they wash their hands after handling their pet’s food.